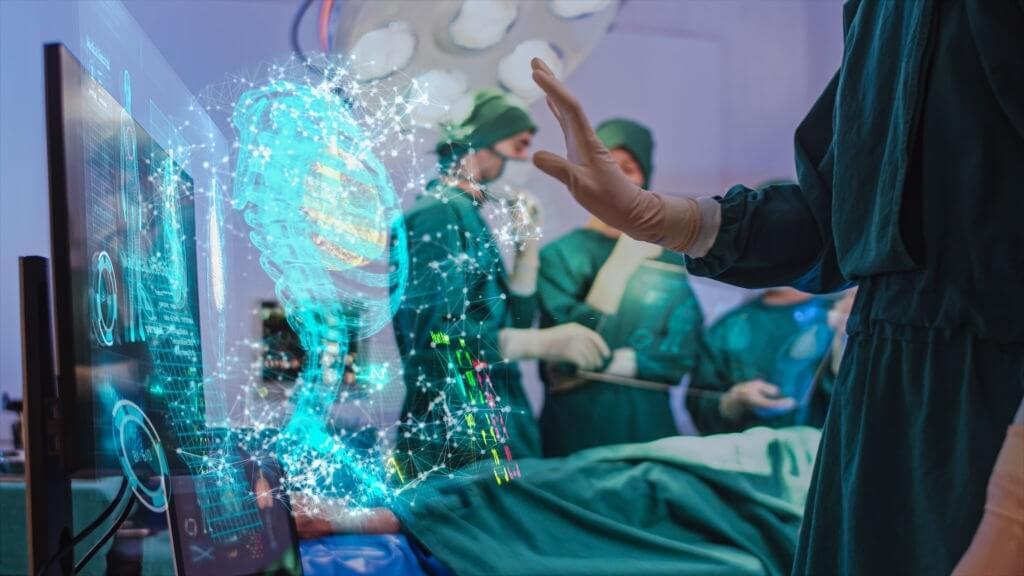 The common question is that when artificial intelligence is being used in virtually every field, how about the medical and healthcare field?

Like every industry and field, the healthcare system also has a large amount of data to be processed in the form of images, scans, laboratory tests, clinical records, and general health records.

The data is so huge that it would be difficult if not impossible for humans to detect and identify patterns in diagnostics.

At its basic level, artificial intelligence is teaching systems and machines to imitate the logic that humans use in making decisions. The algorithms that go into the process of making these decisions come from machine learning, that is, teaching the machines to learn.

Image-based medical fields such as mammography, oncology, and neurology have already begun to be benefited from machine learning as basic algorithms that go into the interpretation of these images are being worked out.

The latest artificial intelligence models use neural networks much as the human brain does. Computer systems learn more from cases and practical examples rather than programming and the use of algorithms. A computer system has the advantage of processing a large amount of data within a short period of time.

As per the data from Acumen Research, the market for artificial intelligence in the medical field is expected to touch $8 billion by the year 2026.

Path AI has made significant progress in the field og=f cancer research and treatment. Artificial intelligence tools have been used effectively to reduce errors by pathologists in their diagnoses. The advantage is that cures can be given at just the right time where cancer does not turn fatal.

AI has turned out to be very useful in treating blood diseases. There are AI-enhanced microscopes that can detect the presence of bacteria and fungi in blood samples. This way, traces of E.Coli and staphylococcus can be detected at an early stage much faster than manual imaging.

For this purpose, the AI system was taught with 25000 samples of traces of the harmful bacteria. Thereafter they were able to identify trace presence of these bacteria and fungi in new blood samples with 95% accuracy.

Artificial intelligence is proving to be a boon in the areas of chatbots and virtual health assistants. They have been provided with standard questions and answers and are able to provide basic answers to routine health questions and these reduce the load on practitioners to a large extent.

These AI tools also deal with routine queries on billing and other tasks that become repetitive for human help attendants.

This disease that becomes worse with time as body stiffness and balance is adversely affected found a breakthrough with body chemical links that were not known and will help in better treatment for this disease.

Artificial intelligence is very useful in ensuring precise doses of medication which may otherwise be harmful and is actually more precise than human administration of doses.

A.I. is being used in the medical insurance business to sort through hundreds of claims. Human intervention is not necessary and the A.I. model takes care of such routine tasks.

Welcome to the new age of Artificial Intelligence in medicine.

You Can Also Read: Fundamentals Of Artificial Intelligence